You'll find we're just like you, sharing one common dream, the dream of cruising and the spirit of the sea.

Get special offers delivered directly to your mailbox.

IMPORTANT: Read your cruise line's passenger contract: The contract contains your legal rights, the cruise line's legal rights and information about documentation you will need to to board the cruise. It is solely your responsibility to know what documentation is necessary. Failure to produce the proper documentation at time of boarding will result in you and your traveling party denied boarding. The ship will sail without you and you will not get a refund. It's critical that all cruisers carefully go through and understand what travel documentation, like passports and visa's are required based on your itinerary and the countries you visit. The cruise line posts such information on their web site. Find it - read it- print it! Check your cruise line documentation, tickets, boarding passes etc. and cross-reference your information. If something is incorrect or doesn't match up, get it corrected immediately. If you don't, you may find yourself standing at the dock waving as your ship sails off into the sunset.
Photo's credits: Princess, Viking, Oceania and others
CRUISE SEARCH: Find All Cruises [ 24 cruiselines ]
VIKING CRUISES Viking Ocean Cruises  Viking River Cruises
RIVER CRUISES Europe River Cruises  American River Cruises  Mississippi River Cruises
ALASKA Alaska Land & Sea Vacations
DISNEY Disney Parks & Disney Cruise Line
TRAVEL INSURANCE 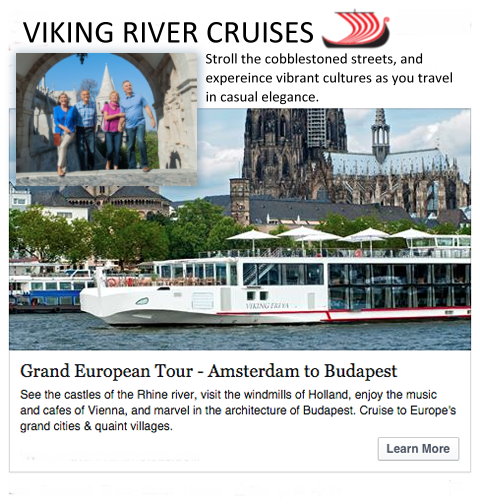